Today is #IndieBooksBeSeen Indie Pride Day: a day to celebrate and share independent authors and poets from all across the world via social media.

Today, if you check the hashtags #IndieBooksBeSeen or #IndiePrideDay, you will see thousands of photos of Indie Authors holding up their #ISupportIndieBooksBeSeen signs, as well as a copy of their own book.

In celebration of #IndiePrideDay, I am doing my biggest giveway yet! Check my Instagram for full details and the actual post.

QUOTE YOURSELF A FREEBIE! All you have to do to win is comment below with your all-time favourite book quote! I will be announcing the winner Saturday 2nd July 2016.

The winner will receive: 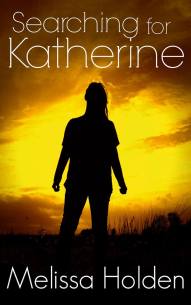 Good luck, and may the best bookworm win!

Facebook are celebrating their Pages by helping up create these awesome MY BUSINESS STORY videos, and here is mine!

You can watch mine on my Facebook Page: Melissa Holden Writer

I can’t believe that it’s been a year since I published The Snow Killer. It both feels like a lifetime, and about five minutes. So much has changed over the last 12 months that I’m not sure where to start.

In January 2014, I lost a very important person to cancer. Since then I have been living life to the full and taking every chance I can. (I miss you, Norman.)

I’ve started and ended romantic [and friendly] relationships this year, as well as meeting some incredible new people both in and out of my writing career. I’m spending more time with the people that matter to me – because life is too short to hold a grudge.

I changed my hair – a lot and I lost and gained weight, I’ll never be perfect but I don’t care.

I’ve been working my part time job for over a year, whilst balancing everything else.

I became an auntie (again!)

I moved house at university and me and one of my closest friends had to say goodbye when she moved up north to go to university.

In twelve months I have written (and contributed to) eight books – most of which are available on Amazon Kindle. [After Us out November 30th]

I became an editor for CCCU Her Campus – and it’s still going strong.

I now write for Dartford Matters and Dartford Living.

I regularly blog on seven pages (four of which are WordPress!)

I got involved in #IndieBooksBeSeen and helped it launch.

I got my latest book, Searching For Katherine, into the CCCU Bookshop. 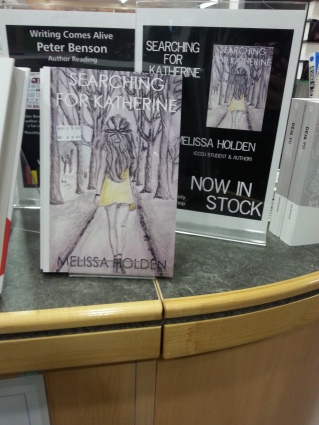 Since November 2013, I have passed my 2nd year of university and am well into my 3rd year – and now it is less than a year until graduation! Classes are going well so far and I am hoping to pass with a high 2:1.

Plans for the future…

I have recently started helping young writers become self-published authors and I plan to keep doing so. I love helping unknown writers and I will eventually set up a company to help them.

I am also looking into doing a Masters degree, becoming a lecturer and eventually getting a PhD. *fingers crossed*

I have lots more books planned, so keep an eye out for those!

As of June 2014 I will be: Melissa Holden (BA) – a graduate of Creative and Professional Writing (BA Hons) from Canterbury Christ Church University.