Just a quick post this evening as I am ordering Chinese food (I know, so festive.)

We put our tree up in the pub today, so I thought I’d share a snap with you.

On Monday I spent the day seeing my fellow graduates for a little Christmas celebration in Canterbury.

Wining and dining with my AFTER US authors… Jenga was involved.

And some lovely presents…

Then it was time for a drink with one of my best girlfriends!

Who gave me this awesome Hogwarts jumper!

Sadly, I had to come home at the end of the day 😦

Seeing my friends for our own little Christmas reminded me that no matter how far away they are, your friends will always come together if you need them. *aww*

PS: Sorry Day 7 was late… I fell asleep before I could finish typing! I will post Day 8 later today.

It amazes me how scrooge-y some people still are, I mean come on! It’s officially December and therefore, officially Christmas!

I will join them in the everlasting hope that card shops will wait until Halloween is over to start selling Christmas cards, but other than that: Christmas is to be enjoyed!

So dear Scrooges, give up! Your time to complain about early Christmas shopping is over. It’s officially the festive season. Go get festive!

Today was all about Starbucks and spending time with my work friends!

My favourite part of Christmas is catching up more with friends and family in the holidays – it’s a great excuse to spend five hours running around the mall with Toffee Lattes looking at LEGO.

Because what else are the holidays about other than buying over-priced coffee and taking selfies in Claire’s Accessories?

[Originally published this on my Readwave page.]

The Theory of Everything is the purest thing I have ever seen. No exceptions. Stephen Hawking is widely known to be the greatest mind of his age, but before the release of this hidden tale; we weren’t to know about Jane.

Mrs Hawking, as she later became, is the strongest soul I have ever encountered in a story. And she’s real. She hurts and she cries. She loves another and cares for Stephen regardless. She is loyal and never spiteful. 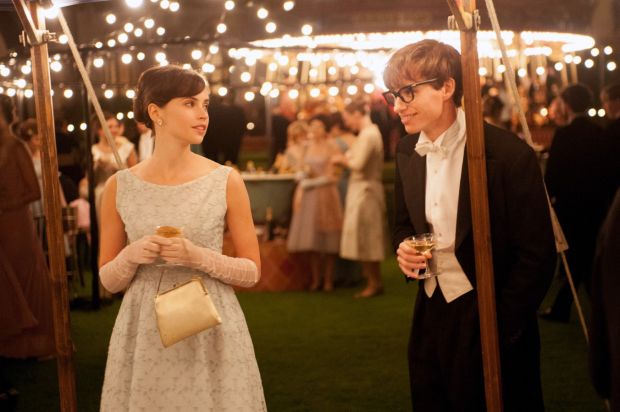 Any woman would have stopped at the sound of “motor neuron disease”, but not Jane. She is far too stubborn to quit on the love of her life. The father of her children. The god-ignoring genius she had respected and admired from the get-go.

The Theory of Everything shows us two things:

2. Jane Hawking is the most selfless human, ever.

She gave up her twenties, her passions – and possibly even her sanity – to care for her husband. I have no doubt she truly loved him, always has. You can see it in her eyes (I, of course am referencing an actress – but even an actor has to draw from the truth.) 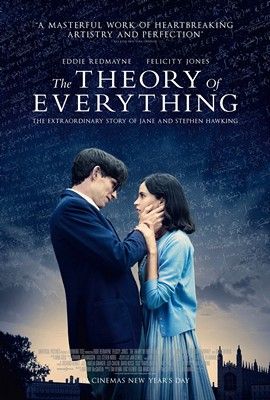 When Jane Hawking wrote the book [Travelling to Infinity: The True Story Behind the Theory of Everything], she had no idea what she would be doing to a world of readers. We are all curious about the famous Brit with the American robot computer speaking his beautiful science, but little did we know: he was part of a love story.

Now, I’m sure there must be a few embellishments – as every love story must have – but there is only so much love you can fake. And she doesn’t fake a single day.

I’ve seen the film twice now, and there is one thing I can confess for sure. I’ve cried both times. Never, ever, have I felt so immersed into a film as I have with The Theory of Everything. Seeing a bio-pic of a man we have all, always, admired; played by an award-winning actor (and my own personal crush): it’s awe-inspiring.

Go see it. Now. Before your time runs out.

Decorated my room last night and I love it!

I’m not usually a festive person, but after all that has happened this year I think it’s about time I had some holiday cheer in my life!

Excuse me whilst I go enjoy my cinnamon – scented room!